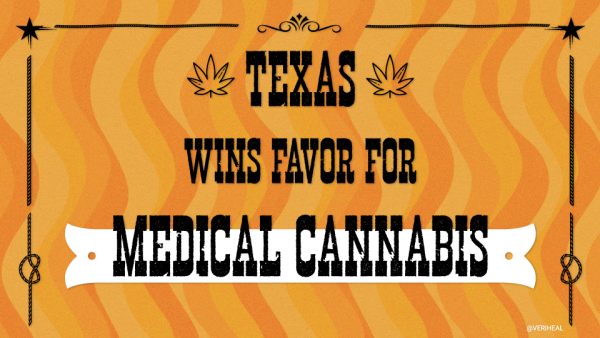 A pair of boxing legends teamed up for an unexpected collaboration, Texas’ medical cannabis program saw big gains, and a hemp study revealed troubling signs for the industry.

Let’s dive into this week’s cannanews.

25 years ago, boxer Mike Tyson infamously bit off a part of Evander Holyfield’s ear. Earlier this month, we reported on the pair’s unexpected venture into the world of cannabis!

According to their announcement, the boxing legends have teamed up to pay homage to their infamous moment with a line of THC and Delta-8 edibles called “Holy Ears.” The ear-shaped edibles are available at participating dispensaries starting on Black Friday!

Will you be buying some Holy Ear edibles? Let us know in the comments!

Texas’ medical cannabis program is in the midst of a massive spike in patient registrations. According to the Texas Department of Public Safety Chief Wayne Muller, the state has averaged a 10% month-over-month increase in medical cannabis patients over the last 18 months.

Texas’ consistent gains can, in large part, be attributed to its recent efforts to increase access to its program. In September, the state expanded its list of qualifying conditions, allowing veterans with PTSD and cancer patients to join the program. Back in 2019, the program was expanded to include ALL individuals with epilepsy—not just those with intractable epilepsy as the program had originally outlined.

Despite these positive changes and subsequent increases in patient registrations, Texas’ medical cannabis program is far from perfect. Currently, medical cannabis patients in the Lone Star State may only use products with less than 1% THC content. Further, the state only has three dispensing organizations to serve its growing program.

NIST researchers conducted the study by buying 53 hemp plants from five different online vendors. The vendors all featured statements on their site ensuring customers that all their products are “lab tested to ensure their THC content is less than 0.3 percent.”

Upon receiving the plants, researchers used a proven liquid chromatography photodiode array method to test the samples. This method works by separating the different chemicals in the samples before comparing them with samples from plants that possess under 0.3% THC.

After finishing the analysis, researchers found that 49 of the 53 samples contained more than 0.3% THC. Though the study notes that these findings do not necessarily indicate that all online hemp vendors are breaking the law, it does show that law enforcement, regulators, and customers may need to stay vigilant.

What do you think of this study’s findings? Do you believe it will slow down talks of federal legalization? Let us know in the comments!

How to Stop the Munchies After Getting High

High Eyes: What Causes Red Eyes & How to Get Rid of Stoned Eyes Fast

What Are Adaptogens—and How Are They Useful to Us?

What Is Considered High-THC Cannabis?

4 Methods to Clean Your Glass Pipe to Perfection